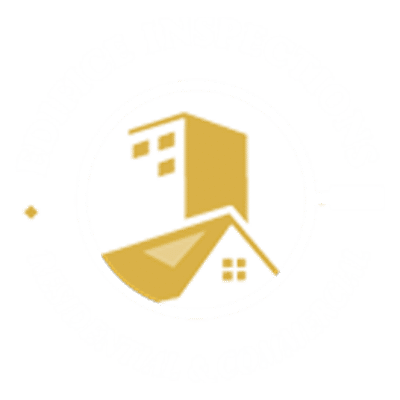 MOLD Several weeks ago, our office received a call from someone who wanted to know if we tested houses for mold. During the course of our phone conversation, she…

Edifice Inspections - home inspection - MOLD Several weeks ago, our office received a call from someone who wanted to know if we tested houses for mold. During the course of our phone conversation, she…

Several weeks ago, our office received a call from someone who wanted to know if we tested houses for mold. During the course of our phone conversation, she told me that she and her family had moved into an apartment about a year ago. Since then, both she and her husband had been hospitalized for respiratory ailments and what felt like very strong cold and flu symptoms. Both of her children had on-going sinus problems, colds and other mild ailments that would not go away. When I asked her why she though the health issues were caused by mold, she gave me the history of what had happened during the time they lived there.

The apartment had the furnace/air conditioning (HVAC) unit located in a hall closet, typical for this kind and age of construction. Occasionally the condensate discharge line from the air conditioning section would clog and over flow. This caused the carpets and the drywall to get wet around the HVAC unit. The maintenance people would show up, clear the clogged line and the unit would work properly for a month or so and the line would clog again and the sequence would repeat itself. Finally, the tenant complained enough that the maintenance people eventually removed damaged drywall and repainted the compartment area where the HVAC unit was located. The health issues continued but the property management people chose to ignore the tenant and she sought legal help. Her attorney suggested she contact someone to test for mold so they would know what they were dealing with, hence the phone call to Edifice Inspections. The story sounded completely credible to me and we agreed on a time to do a mold screen.

Upon arriving at the apartment, the tenants showed me moldy pieces of drywall that they had saved in a garbage bag as evidence of the past leaking and mold problems. The area around the HVAC unit had new drywall and paint but one small section of stained drywall had been over looked by the repair folks and it indeed had what appeared to be mold.

When doing environmental testing, the best one can hope for is that there is a smoking gun where you can say, “Yup, that’s what’s making you sick”. Some times that is not the case because there are no threshold levels for mold. We all react differently to all kinds of molds and mold levels. At best, you can give the customer your best evaluation based on your experience and make recommendations on how to correct the problem. In most cases that is sufficient.

When I received the lab analysis on the apartment, there was a smoking gun. Eight different molds were identified, all of them classified as allergens. The smoking gun, however, was the highest level of Stachybotrys I had ever seen. Stachybotrys is the “bad mold” that gets all the attention. It is called “black mold” and “toxic” mold and is always the mold of choice when articles are written about mold, the nightmares it creates and the health issues associated with it. Although the medical community does not all agree that Stachybotrys is toxic, they do agree that it is a dangerous mold that can lead to severe health issues. I was so concerned with the high levels of this mold, that in the mold report I compiled for the customer, I included a sentence that stated that the house was not healthy for them to live in. It was the first time I had used such language in a mold report. When I called the customer the next morning to be sure they understood my warning, she told me they were packing and moving out that day.

The above situation is indeed rare. Our mold screens often discover elevated mold levels but the context of the testing is more important. With our customer with the sick family, the water and resulting mold issues were because of a leak. Moisture is always the key to mold growth. We have found elevated moisture levels in houses from a number of sources; a roof or plumbing leak, an improperly operating HVAC system, disconnected or leaking HVAC ducts, leaving the windows open in the summer time, turning the A/C unit off when no one is in the house, a finished room or basement not connected to the central HVAC system, leaking fish tanks and just having the utilities turned off in a vacant house.

In most cases the fix is pretty easy to understand. Stop the water entry or lower the moisture content and depending on the extent of and kinds of molds found, a simple thorough cleaning is usually sufficient. In the incidence above, however, a professional mold remediation company should be used to bring the apartment back to habitable status.

Edifice can answer your mold questions. Give us a call. We also have approved classes for realtors on environmental issues.

Sewer Scope Inspections Inspecting a home before your purchase is a critical piece of due diligence that should be done by every responsible home buyer. But one home system…

Home Foundations For the purposes of this article we are going to start with an expanded definition of foundations. Our foundation will be any structural part of the house… 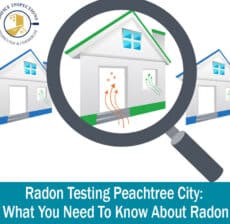 Radon Testing Peachtree City: What You Need To Know About… 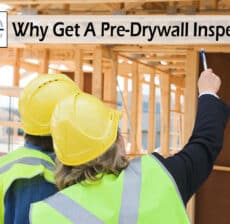 Why get a pre-drywall inspection

How To Reduce Radon In Your Home And How To…